Hating is fun. We’re all guilty of it. If something is disappointing to us in any way and others seem to agree, it’s all aboard the hate-train.

But sometimes we go too far in our hate. Sometimes the trendy punching bag might be better than you considered if you ever gave it a chance.

A while back I wrote a somewhat controversial post on the most over-hated movies I had ever seen. Now it’s time to do the same for recent (within the last couple console generations) video games. Which games do I feel get unjustly criticized? Read on, dear reader, and remember to search your feelings– let go of your hate. 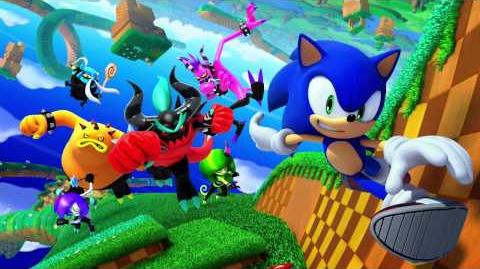 Haters say: There’s a run button? For a Sonic game? But I gotta go fast! All the time! Also, everyone hates Sonic now and it has a stupid kiddie story.

Why it’s over-hated: Sonic at his best is not all about speed, despite what you may have heard. Think back to his 2D heyday. He was actually quite slow until he got some momentum, then his relatively fast speed was all the more dynamic and exciting.

Lost World is a solid 2.5D platformer in the same vein of the mostly well-received Sonic Colors and Sonic Generations. The only real difference is the inclusion of a slower jogging mode which allows Sonic to be more precise while platforming. It is a logical control feature that negates some of the frustrating cheap deaths of other 3D Sonic games. People who harp on that as a reason why Lost World is not a good Sonic game have a fundamental misunderstanding of what a Sonic game should be.

Haters say: No campaign? Just a handful of multiplayer modes and maps with the promise of later arriving, expensive DLC? It’s just Battlefield with a Star Wars skin. The starfighter battles are in the sky, rather than space and for some reason that makes a difference to me! It’s not the same as older Battlefronts! EA is involved and they’re evil/Illuminati/killed my family!

Why it’s over-hated: While the lack of story mode is disappointing, anyone who has spent any time trying out Battlefront’s various game modes should be able to find something they like, especially if they’re Star Wars fans. Between the diverse Hero characters, infantry combat, and vehicle battles, there is more depth and variety than initially meets the eye. Add in fantastic graphics and authentic Star Wars sounds, and you’ll quickly forget that the lack of single-player modes.

Embrace the light side and enjoy this fun multiplayer experience.

3. TMNT: Out of the Shadows

Haters say: These turtles look ugly! Where the hell am I supposed to go? What is the camera doing? So many bugs! These controls are so delayed!

Why it’s over-hated: OOTS is certainly a flawed game, especially when it comes to technical performance and level design. Despite these issues, it also can be very fun. The deep combat system is controlled in a dial-a-combo format which means it is precise but delayed. It takes some getting used to but once you do get it, the system is surprisingly rich. There are many techniques to master including context-sensitive, turtle-specific team-up moves which appropriately highlight the turtles’ personalities and teamwork. You can also practice these techniques in the dojo, upgrade each turtle’s weapons and abilities, do Arkham-style challenges, play a 4 player co-op arcade mode, and play co-op online. By the way, this game only cost $15 at release and is probably super cheap right now. OOTS is by no means a great game, but some reviewers have trashed it to the point of giving it 2 out of 10, which is just inaccurate.

You can also practice these techniques in the dojo, upgrade each turtle’s weapons and abilities, do Arkham-style challenges, play a 4 player co-op arcade mode, and play co-op online. By the way, this game only cost $15 at release and is probably super cheap right now. TMNT: OOTS is by no means a great game, but many reviewers were far too harsh on this surprisingly deep beat-em-up.

What the haters say: Rocksteady didn’t do this, so I don’t like it! It’s too much like Arkham City. It’s tacked-on mutliplyer that nobody plays. Who wants to be a gun-toting thug when you can be Batman?

Why it’s over-hated: Arkham Origins as a total package got mixed to mostly positive reviews, but its multiplayer component: Arkham Origins Online is nearly universally panned. The funny thing is… it’s the most interesting part of the game. Unfortunately, the mode had too few maps and cripplingly slow matchmaking following its launch to gain a sizable online community of players.

There was a small but committed group of players who fully invested in the unique multiplayer despite all the negativity surrounding it. This became evident months later when the game should have been less popular online. Matchmaking was apparently patched because you could find a game several times faster than you could near launch.

Why go through so much trouble to play this mode that many considered an afterthought? There never has been a multiplayer mode quite like AOO. The first small feat it accomplished was to translate Arkham’s predator gameplay into a multiplayer landscape without making it feel incredibly unbalanced. Batman/Robin vs. Bane thugs, vs. Joker thugs works, despite all odds.

Even as a regular gun-toting thug, you have access to upgradable special weapons and traps, which made the game feel unique and fun even when you weren’t a hero. Thugs also could occasionally take control of their gang’s leader: either Joker or Bane, which added another wrinkle to the unique three-team gameplay.

Sadly, online multiplayer was not adapted by Rocksteady in Arkham Knight and the Arkham Online community is likely dead at this point. Here’s hoping it is resurrected and better supported by whatever studio inevitably takes up the Arkham mantle.

What the haters say: This doesn’t look as good as the early screenshots! It’s not even close to one-to-one sword control! It’s kind of hard to aim using the Wiimote.

Why it’s over-hated: This Ubisoft Wii launch title was a victim of its own hype. Previews painted Red Steel as a gritty new-gen shooter which also had revolutionary sword controls. When it was revealed that the game wasn’t all that gritty, didn’t look much better than a Gamecube game, and the sword motion controls only differentiated between vertical and horizontal slashes, people were understandably upset. This game’s bad reputation may still be contributing to today’s lack of developer and consumer confidence in Nintendo’s third party efforts.

But when you forget about what it could have been, Red Steel is actually a pretty good game. While the swordplay motion controls were disappointing, they still were a fun novelty. Meanwhile, the Wiimote shooting was both accurate and interesting once you got the hang of it. It really was a new way to play shooters.

The game’s atmosphere is also an often overlooked strength. The continent-hopping storyline was an intriguing look at Yakuza culture all the way up to its enigmatic ending. The game may not have had the graphical fidelity that many had hoped for, but it certainly did create some dynamic environments to explore.

Red Steel was disappointing, but it was not actually as terrible as most people assume it is.

Do you agree with this list of the top 5 over-hated games in recent history? Do you think any of these games deserve the hate they get? Would you consider other games more unfairly over-hated? Let me know in the comments, but remember mistaking opinions for facts is what got us into this mess in the first place.

Welcome all to the newly updated AYCG site! Enjoy your visit and please check out our podcast if you haven't already!